Every few years I decide that I am going to get my website up and going again but something always gets in the way. Well this time I MEAN IT, I will try and start writing weekly posts to something that is relevant in my life.

Lots of time has passed since we have last spoken. My previous post about the Kelly Story had a happy follow up. We dated for another year or so and then I decided to put a ring on it in March of 2016. 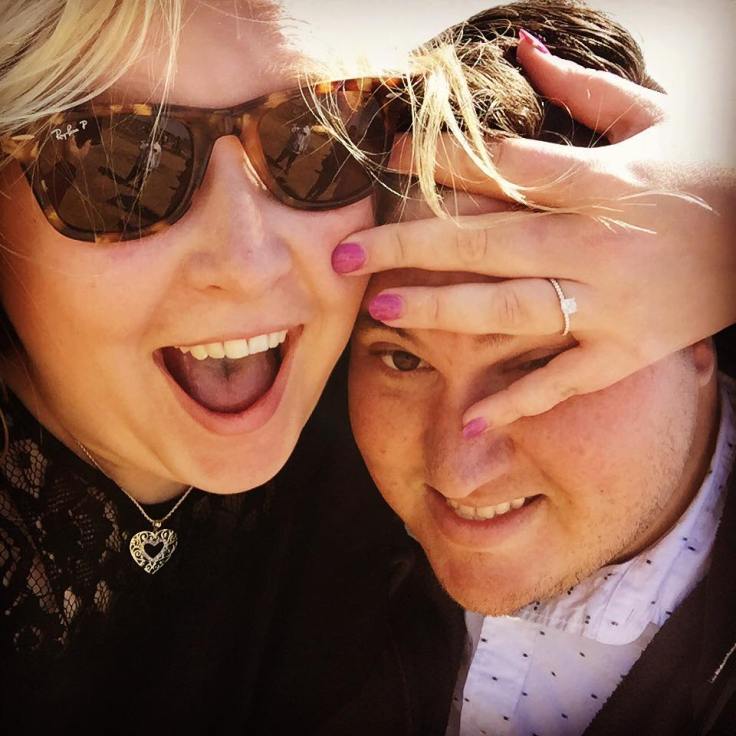 Since then we have bought a house, we have been on numerous vacations and been on an abundance of adventures together.

It was a typical evening for the most part. BJ and I were enjoying the game but Kelly had continued to text me throughout the game, very uncharacteristic for her since she tends to let me have my “guy time” while I am out with my friends. On this particular evening though, she decided to text me that “she has a surprise for me” and “I will wait up for you to tell you”. In my head I really thought nothing of it. It was not out of the normal for her to do that to me since she thoroughly enjoys torturing me like that. I insisted that she go to bed and it could wait until I get home but she turned around and insisted that she wait up. This is when my mind started to go awry. I started running through all sorts of scenarios in my head, what could she surprise me with that can’t wait until I get home. From the initial text to me getting home, which was going to be a task since I insist that I ride the DART train to and from the American Airlines Center because who wants to pay $25 to park and drive there when I can ride the train for $3, it would be a solid 3 hours to get home. That is plenty of time for the mind to run all sorts of places. As the game was wrapping up, I told BJ that I was going to start making my way back to the train and try and get home to Kelly to find out what the surprise was,

I hop on the Orange line on my way to the West End station to hop onto the Blue Line to take me to the Downtown Garland Station where my truck was waiting for me. I get in the truck and keep the volume low on the radio so my mind can think about what could be waiting for me at home.

I pull into the driveway around 11:30 PM or so and open the front and walk down the hallway to our bedroom where I find Kelly anxiously awaiting my arrival. She has a pregnancy test in her hand and shares that she was pregnant.

Instantly my heart sank, but for good reason. I had just received the best news any guy could possibly hear. I grabbed the test and just stared at it in disbelief. How could I, Jason Aguirre, have gotten this lucky to share this moment with Kelly. She then proceeded to tell me to calm down just a bit and she was going to get a few more tests to confirm things before she called her doctor to confirm it even more.

The pregnancy was a rather pretty boring. There were no major complications during it until May 8, 2019. Kelly goes in for some pretty much standard monitoring for someone who gets high blood pressure during pregnancy. I am in a meeting with my Director about how the next couple of weeks I need to start preparing myself and my stuff at work for me to leave on paternity leave in like 2 weeks. Kelly text me that she was going into the doctor and that she would text me later with an update. I received a text from her as I am walking out of the meeting asking if I wanted to play hooky from work for the rest of the day and come up and bring her lunch since she would be there for the next 24 hours under observation. I said “sure, why not?”. I start heading home to go grab a few things for her to make her overnight stay at the hospital a little more enjoyable. I asked her if she wanted anything in particular for lunch and she had suggested this sandwich shop that was across from the hospital that she was at. I finally get to her room, with sandwiches in hand and a few nurses in the room. As I get to opening the sandwiches for us to eat, the lead nurse there tells her to not eat the sandwich and that we will be having our baby that day, THAT DAY! I could not believe it. We were not supposed to be having our baby until June, it is MAY 8TH!

About 10 minutes pass by and the doctor is coming over to confirm that we are to have the baby that day and tell us that we would have the baby out of the womb in about 2 hours.

They start rolling all this medical equipment in and getting Kelly prepped to have this baby. Nurses on nurses were heading in and out of the room and they are bringing in all these doctors who will be apart of this moment. My head was still taking time to process what was actually going on that day.

I panicked and called my parents and told them the news. I hear my mom yelling in the background as she is ecstatic as hell. Her baby boy was about to have his own baby boy.

The whole thing has still not completely processed in my head because I still had not put on the scrubs that they had given me to put on. I was not ready to be a dad, hell, I don’t think I would have been ready to be a dad even if he had waited until June to come.

Side note here, I know everyone says you’re never really ready to become a parent until it happens to you. That statement is the absolute truth. I think that is because no one can really prepare you for what is to come. It is something we all just figure out over time.

Back to the story, I finally give in and get my scrubs on as they are kicking us out of one room and into the operating room.

Without going into too much detail at 2:46 PM, little Maxwell Elliott was here and my life has forever changed.